In the Spotlight with Clare Estelle

Hi, Clare and welcome to “In the Spotlight”

1. Singer, Lyricist and you play Piano. What did you start with, and how did you evolve into the artist you are today

I started learning the piano when I was about 8 years old. I was lucky to have a wonderful teacher, Elaine Keys (Korman), who worked as a repetiteur at the Royal Opera House and London Coliseum, both Elaine and her husband Robert Keys (who once worked as a pianist with the English composer Benjamin Britten) were huge inspirations to me. The duets they would perform together on two pianos were particularly brilliant to watch.

Creativity runs in my family. My mother is a talented artist and my uncle worked as a conductor in London music schools. He played violin, cello, trumpet and piano and even gave cello lessons to HRH Prince Charles, through their connections in the Welsh Guards.

My mother always said she knew I was musical as a baby – as soon as classical music came on the radio I would stop eating or whatever I was doing and just listen. I started writing simple songs when I began to learn the piano, the first one I remember writing was about a blackberry! Other early classics include: Three Little Sparrows and Herbie’s a Black and White Cat. I took the Associated Board of the Royal Schools of music exams up to Grade 8 in Piano, Grade 6 in Singing and Grade 6 in Music Theory. I have also had classical training as a singer. When I was 16, I got a classical guitar and started to compose songs on that as well. I still have a backlog of songs I wrote as a teenager that need recording! I studied music full time at college for two years, where I learnt about classical music, jazz – (how to improvise on the piano) plus I studied music theory, performance and composition skills – the highlight of which was the one movement piano sonata I composed while there. I played with several bands at college, one that had three sax players in it and we did regular performances. I then studied sound engineering and electronics for a year, recording bands and musicians as part of the course plus learning about and building circuit boards. Yes, I do know how to use a soldering iron as I helped to rewire one of the studios while there. After that I did a Btec Hnd in Television Communication Programme Operations at Ravensbourne University in London. If you check out my Instagram page you will see me briefly on screen in an interview that Sasha Baron Cohen did with Barbara Cartland at her country house. I was his P.A. for the day. That was part of my work experience for my HND. I subsequently worked in Audio Post Production Television for many years.

My musical influences are varied – my first love is Beethoven. His 6thsymphony was my childhood favourite and as a pianist I enjoy playing his piano sonatas, particularly his Pathetique Sonata. I love choral music too, such as Thomas Tallis, his 40 part motet Spem In Alium is one of his masterpieces. I’ve been a big David Bowie fan since I was a teenager and all related artists, such as Iggy Pop. Female singers I love include Sheryl Crow, Alanis Morissette, Amy Lee from Evanescence, Kate Bush and Julianne Regan from the goth band All About Eve. I also listened to a lot of grunge in the 90’s, like Alice In Chains, Nirvana e.t.c. and heavier stuff like Metallica. Oh and I adore Queen, their harmonies are sublime.

2. You have done many great collabs with many different artists in different styles. What would you say is the greatest reward in doing collabs?

The best thing about collaborations is being able to explore different genres which is great as my musical tastes are so varied. As a Gemini, I have a multi-faceted personality, which enables me to express myself in a number of ways. In Collapse with Deepest Cold Consortium, I was able to act and not sing, as it is all spoken, which was extremely fun for me to play the character we created together. I’ve been lucky to have met some very creative talented musicians online worldwide and have now remotely worked with people in Japan, Africa, U.S. France, Canada, Sweden, Finland as well as here in the U.K. I am always open to working on any genre, as long as I like the project, as I am quite happy to experiment and push my own boundaries. The challenge of writing lyrics for collabs based on a brief description or in some cases with just a title to start the process going also excites me. Some songs like the ones I did with the Japanese rock band The Voublys were a complete blank canvas for me lyrically so I used the music to inspire the words.

3. I know you did some work for Television. What did you do, and how was it and how did it influence you in making your music?

I was a Dubbing Mixer (Sound Engineer) in Post Production Television for 12 years. I recorded voiceover/actors to use on promos, documentaries, bumpers, audio description and so on. I started working in Soho, London in facility houses there. However, for most of my career, I worked for British Sky Broadcasting (BSkyB) on many of their channels, – such as, Sky Movies, Sky One, Sky Sports, National Geographic Channel and The History Channel.

Recording the very talented voice overs and actors was the most enjoyable part of the job and watching them create different characters/accents. I worked with some amazing artists like the Scottish actor/voiceover Lewis Macleod who is a fantastic impressionist. Tracklaying sound effects on promos and creating a soundscape is also satisfying. This is why I quite like adding the occasional sound effect into my songs such as the rain and birdsong in Electric Dawn, both of which were recorded as foley from my back garden. In Somehow falling pebbles were also recorded as foley, if you listen carefully you can hear them in the mix.

In the television industry you often have to work to tight dealines so it can be a stressful job at times. It does make you very good at time management when you know you only have an half an hour timeslot for example to record a voice over and mix a 30 second promo. Primarily, it taught me how to record, listen and to edit audio. It has trained my ears and I hear everything now with regards to compression, EQ, e.t.c. and it has given me a very solid technical grounding to work from in my music recording setup. I always say to people now that I can hear a mosquito flying over my bed at night.

4. What is the one thing you would like to tell your fans?

Thank you to everyone who has listened to me and helped me to share my music. More than anything you want to hear that your music has connected to someone on a personal level. It is not about how many listeners, followers or streams you have but how you move people with your art and creativity. I hope to keep working on interesting collaborations and releasing more of my own songs that people can continue to enjoy. My next solo release should be out in May, it is currently being mixed. It is a very pretty song with romantic classical influences on the piano and poetic lyrics that I hope people will love. Plus on July 2ndI have a ‘French Touch’ style song coming out with the U.K. based EDM producer Fonz Tramontano, called Panthers In The Night.

5. What is the one thing you would like to tell the Music Industry?

I would like the music industry to be more about finding pure original talent. It’s become too much of a big money making business and mainstream music has suffered because of this. I’m tired of the artists that follow a tried and tested format and how artists are created and not discovered. Plus of course indie artists don’t get paid enough for their work, it costs me more to record, distribute and promote music than I think I will ever make back in streams. However, I do it for passion and because that is what I was born to do. Once music is a part of your soul it will never leave.

Thank you so much for doing this. I can’t wait to see what you’ll have for us in the future

YOU can find Clare Estelle here

If you love your pop music you're gonna love this, some of the best Independent pop artists around, providing you with a true alternative to the [...]

In the Spotlight with John Warwick

In the Spotlight with Tennis System

In the Spotlight with Hippie Drive! 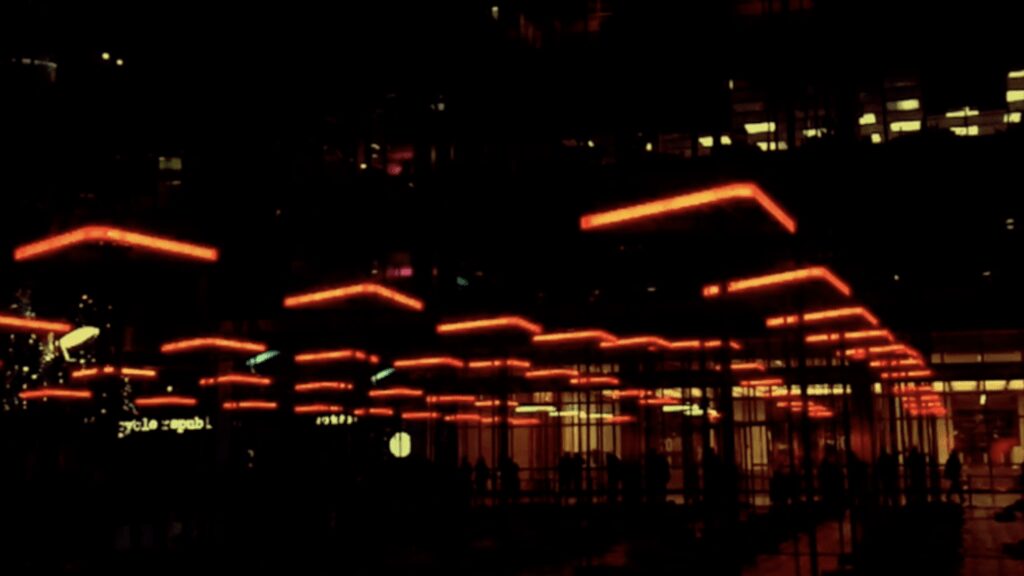